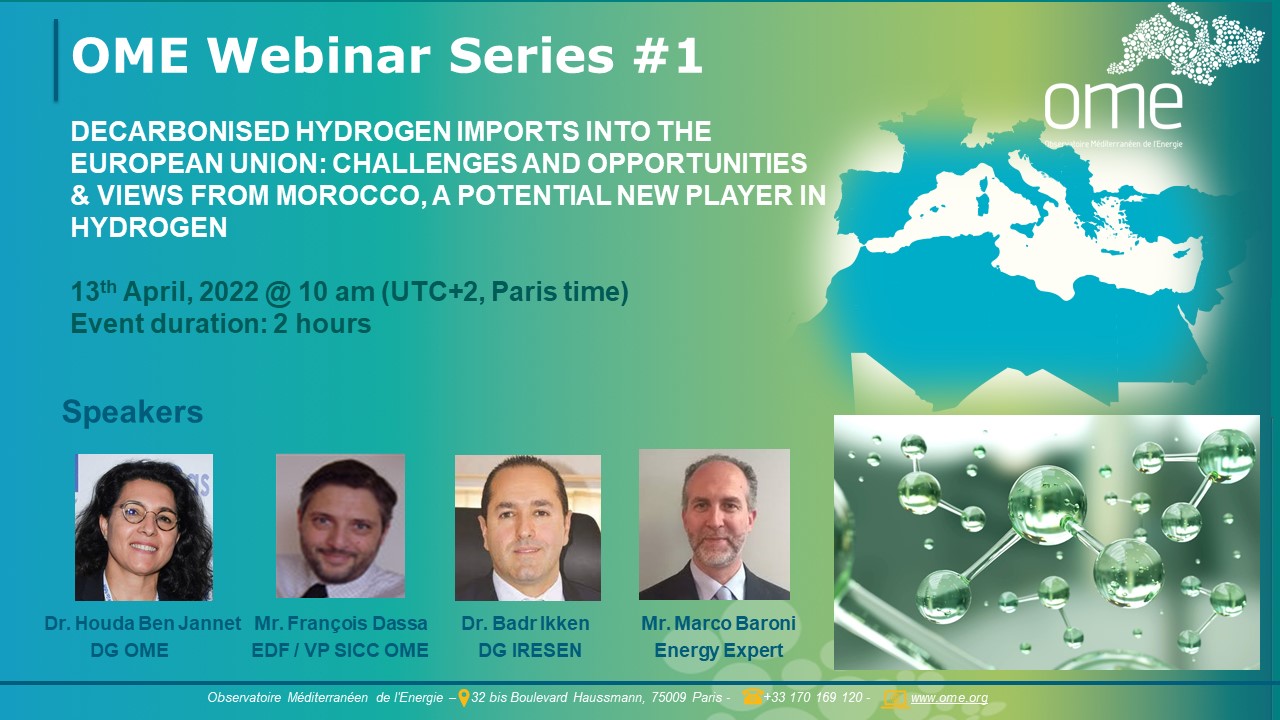 First OME webinar on decarbonised hydrogen imports into the European Union, and views from Morocco a potential new player

On 13 April 2022, the OME organized the first session of a new webinar series. As agreed with its Strategy Committee, this first session presented the study on “Decarbonised hydrogen imports into the European Union: challenges and opportunities” commissioned by the World Energy Council Europe and conducted in cooperation with OME. The study explores possible scenarios for consumption and production of decarbonised hydrogen in the European Union (EU), in line with its net-zero greenhouse gas (GHG) emissions goals. It finds that the EU is likely to need to import about half of the estimated 60 million tonnes of decarbonised hydrogen and derivatives it will use by 2050, due to resource constraints and technological choices. Cost estimates for the production and transportation of decarbonised hydrogen are presented for several European and neighbouring countries, from wind, solar photovoltaic (PV) and nuclear power-based electrolysis, as well as steam methane reforming (SMR) with carbon capture utilisation and storage (CCUS) and pyrolysis technologies, out to the 2030 and 2050 time horizons.

During the webinar, we also heard about the Moroccan strategy for hydrogen. The country indeed aims to become a major green hydrogen producer and exporter. The presentations were followed by a Q&A session. The event was restricted to OME members.