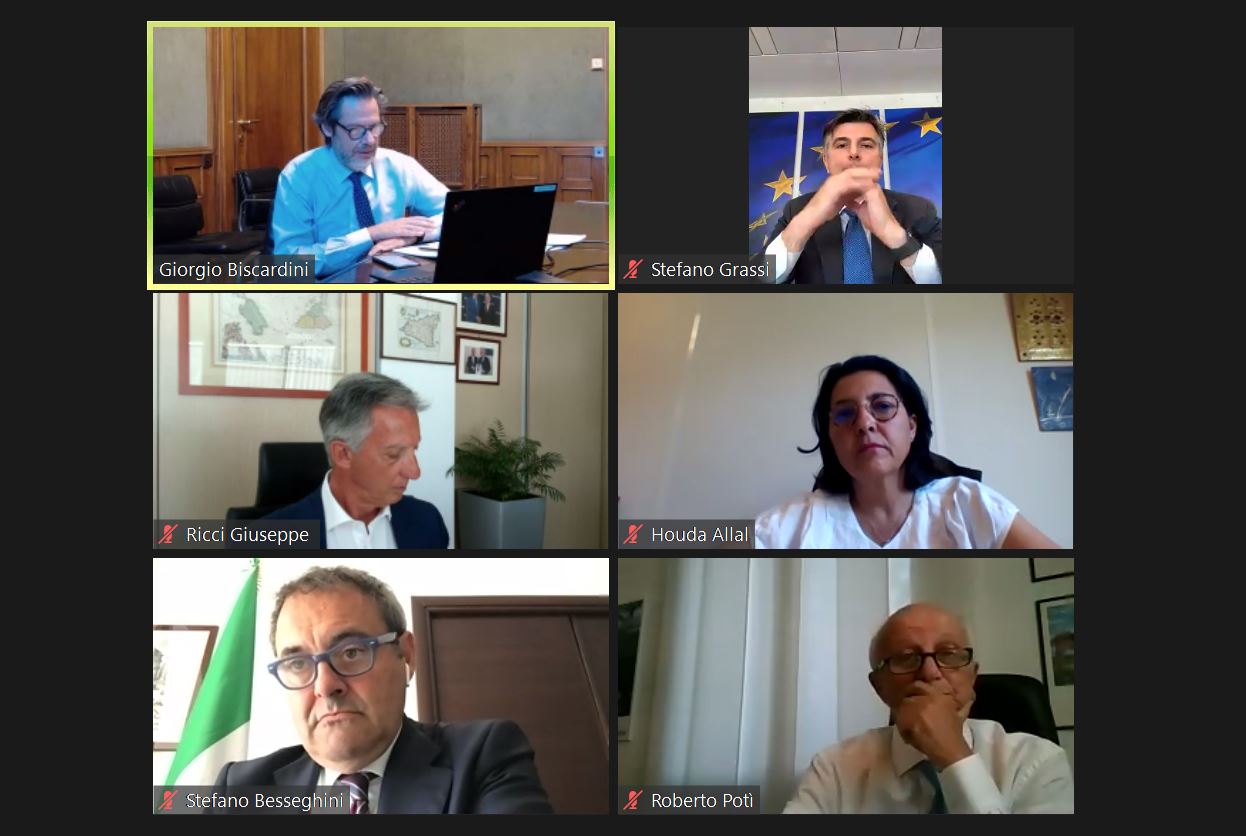 Webinar for the presentation of Confindustria Energia study “Energy Infrastructure for Italy and the Mediterranean”, with the contribution of OME.

On 22 July 2020, was held the webinar “Infrastructure for the recovery of Italy and for the development of the Mediterranean” during which was presented the study of Confindustria Energia, carried out in collaboration with OME.

“The future of the energy supply chain cannot succeed without an evolved and interconnected infrastructure system,” pointed out Roberto Potì, Vice President of Confindustria Energia, recalling the results of the Infrastructure Study. “The planned investments in energy infrastructure go in the direction of the Green Deal and could be leverage for the economic recovery of Italy and flywheel for the development of a Euro-Mediterranean Green Deal with Italy as protagonist”.

“Italy has a clear leadership role thanks to its strategic location at the heart of the Mediterranean, the historical ties with the South Mediterranean countries and the dynamic industry. The Confindustria report shows that the Italian energy industry has a proactive approach to feed the policy debate. As OME, we are willing to accompany this process in a larger Euro-Mediterranean context and have a dialogue with national and regional decision-makers, including the European Commission, the Union for the Mediterranean and other regional associations like for example Medreg, Med-Tso which have contributed to the study and that I warmly thanks”, stressed Houda Ben Jannet Allal, Director General of the OME. She also thanked the members of Confindustria for giving OME the opportunity to collaborate in such an interesting study, adding that “energy cooperation is at the heart of OME’s activities since its establishment as an energy industry association in the early 1990s, which has also been behind the integration of energy as one of the key elements in the Barcelona Process thanks to the CEOs declaration in 1995 and close dialogue with the EC, without forgetting the most recent mention of OME in the EC hydrogen strategy”.

The study, in Italian, is available at: https://www.confindustriaenergia.org/investimenti-in-infrastrutture-energetiche-leva-per-la-ripresa-economica-post-covid-19/