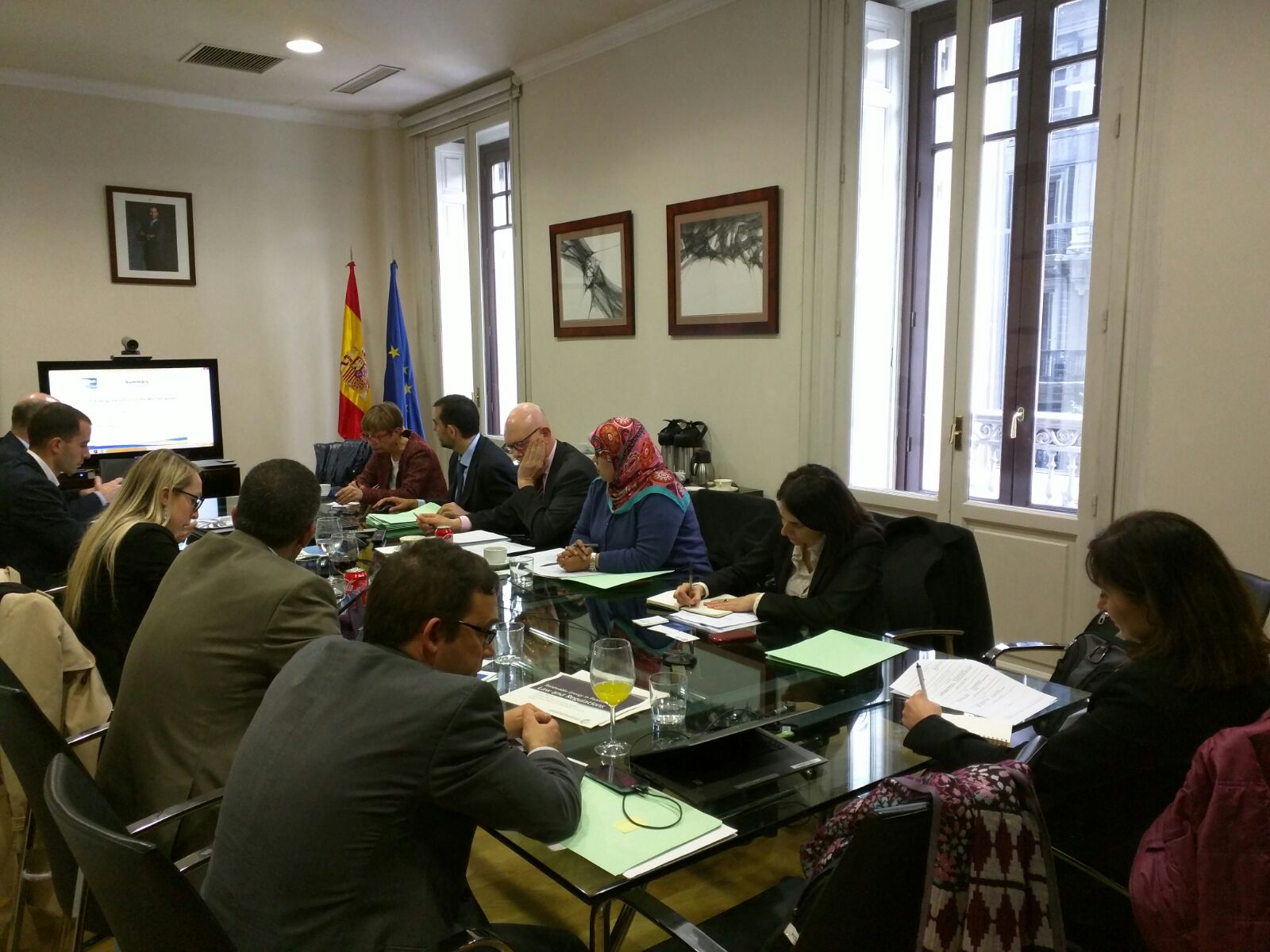 Workshop on “Deploying renewable energy sources and energy efficiency measures in the Mediterranean: State of play and way forward”

The workshop “Deploying renewable energy sources and energy efficiency measures in the Mediterranean: State of play and way forward”, kindly hosted by the Spanish National Commission of Markets and Competition (CNMC), aimed at bringing together leading perspectives and expertise on RES potential in the Mediterranean region and identify the most promising pathways to develop energy efficiency measures.

Mr. Luís Jesús Sanchez de Tembleque, MEDREG RES WG co-Chair, opened the workshop recalling that since the creation of MEDREG, the Spanish regulator has been an active member of MEDREG, as one of the Chairs of the Renewables working group. The RES WG reported on mechanisms to promote renewable and energy efficiency in the Mediterranean Southern shore countries, regulations about distributed generation, net-metering, isolated systems, and drafts a yearly benchmarking on RES-generated electricity and energy efficiency measures. In 2010 the group received the ICER Scholar Award 2010 for a paper on the “Effects of the Introduction of Successful Mechanisms to Promote RES-CHP / Energy Efficiency in non-EU Countries”.

Mr. Manuel Sainz Andrés, from the Institute for the Diversification and Saving of Energy, Spain and member of MEDENER highlighted the role of MEDENER as an important actor for the energy transition in the Mediterranean region. MEDENER in cooperation with OME has elaborated an energy transition scenario by 2040 structured around three ambitious objectives: 30% reduction in energy demand compared to a standard conservative scenario, an energy mix of 27% renewable energy and a reducing emissions by 38% over the region Mediterranean. In order to contribute to these objectives MEDENER runs activities to strengthen an Euro-Mediterranean cooperation such as developing an EE observatory, organizing regional dialogue with international conferences (next 25th of May in Algeria) and contributing as animator of the UfM Energy Platform on EE and RE in partnerships with RCREEE, RES4MED and others energy platforms (Gas and Electricity market).

Ms. Emanuela Menichetti, Director of the OME Renewable Energy Division, presented data that show encouraging signs of a brighter future for renewable energy technologies (RETs), which has surpassed natural gas as the first electricity generation source in terms of capacity. All South and East Mediterranean countries have set ambitious renewable energy targets; OME estimates that about 71 GW of non-hydro RETs are required by 2025 to meet these targets. Strong growth of renewables should also be accompanied by enhanced energy efficiency measures and other low-carbon technologies to face the challenges of climate change and energy security and address the energy needs in a sustainable manner.

Ms. Giovanna Gentile from RES4MED presented a survey on the main barriers affecting investments in RE capacity in the Mediterranean focusing on Algeria, Egypt, Jordan, Morocco and Tunisia. The analysis is based on a wide stakeholders’ consultation carried out through a structured survey involving projects developers, Independent Power Producers (IPPs), market operators, financial players and consultancy firms asking to rate some specific issues related to the entire lifecycle of an investment and gather valuable mitigation suggestions to be submitted to policy makers. Survey results will be presented during the RES4MED Annual conference, to be held in Rome on 19th of May 2016.