The Paris Agreement and Beyond

This report presents the climate change challenges which the Mediterranean is facing and presents the scope and means to overturn them and achieve sustainability. The OME in cooperation with MEDENER (Mediterranean Association of Energy Efficiency and Renewable Energy Agencies in the Mediterranean) and with the contribution of ADEME (founding members of MEDENER) have thus developed two energy transition scenarios in the Mediterranean region. The first scenario, known as the NDC Scenario, incorporates the targets set in the National Determined Contributions (NDC) in order to determine and to quantify the energy path and the resulting carbon emissions for each country in the Mediterranean. The second scenario, known as the Energy Transition Scenario, goes beyond national plans and objectives, and takes into account the constraints of sustainable development, based on realistic, appropriate and economically viable measures, and the large-scale deployment of energy efficiency and renewable energies, building on existing, mature and already proven technologies in the countries of the region. These two scenarios are presented in this report in a regional way but also by specific country for the South Mediterranean countries. 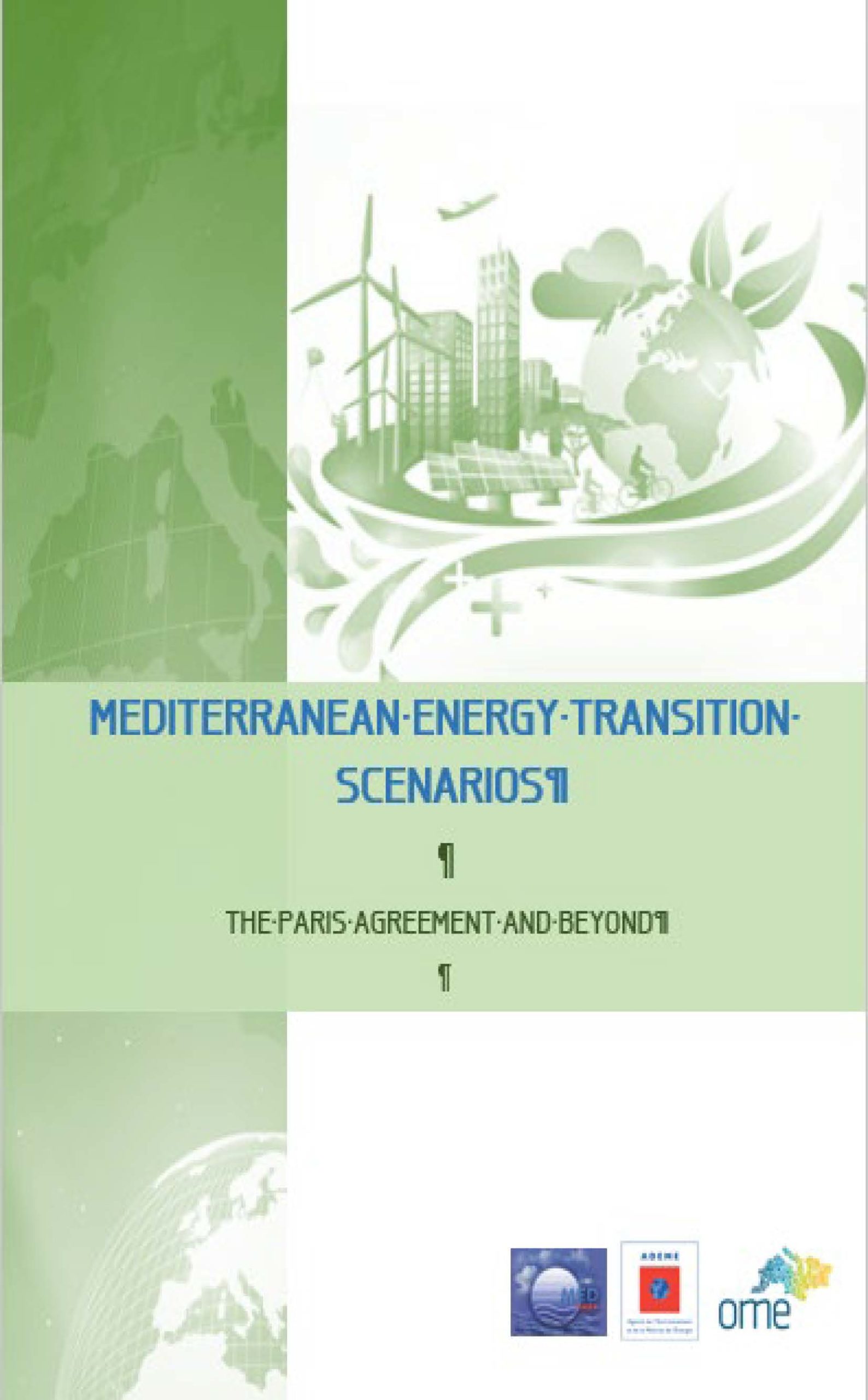