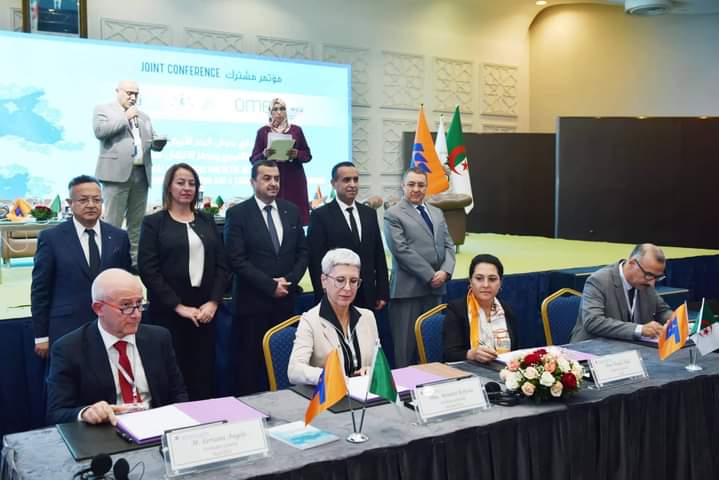 Memorandum of Cooperation among COMELEC, MEDENER, Med-TSO, and OME signed in Algiers

The signing ceremony of the Algiers Protocol took place during the conference, with the representatives of the four regional associations involved (Mr. Secretary General of Comelec Khaled Nouasri, Mrs. Secretary General of Medener Roberta Boniotti, Mr. Secretary General of Med-TSO Angelo Ferrante, and Mrs. Director General of OME Houda Ben Jannet), in the presence of the CEO of Sonelgaz and Co-Chair of the OME, Mr. Mourad Adjal. Expressing his satisfaction with the outcome of this agreement, Mr. Adjal hoped that it would be “the cornerstone of a regional organization open to all associations and organizations active in the sector, under the banner of a strong and effective federation”.

Jan282023OME participates in a seminar on energy in Tunisia
Read more...