As Turkey is a strategic bridge for new energy sources, it will play an increasingly critical role in helping the EU in completing the energy security pillar in the Energy Union initiative. However, Turkey’s energy sector transformation towards becoming part of the planned European internal energy market is happening only very slowly. Given that the inevitable changes will have an effect on both industries and individual consumers, politicians have been reluctant to sign on the dotted line and initiate the final stages of liberalization. Despite EU’s activism for developing universal rules for Europe for liberalisation and security in gas and electricity, Turkey and the countries in the Black Sea region still pursue mostly a bilateral approach to energy security, which is insufficient for the development of a strategic regional energy security partnership between EU and Turkey. 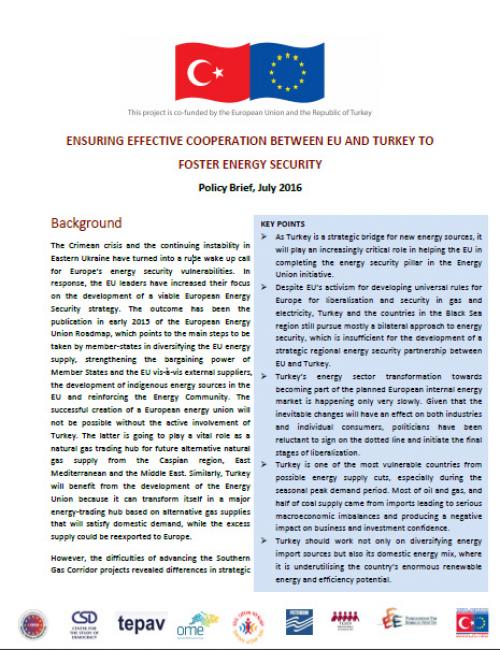